Saint Michel consists of two young, passionate and talented men who often like to produce fluid dreampop, stnthpop and down tempo beats. They even like to describe their sound as "French romantic electro-pop" In their song; Bob, you can definitely feel the romantic melodies while the prodominant drum machine beats makes the song more elegant and stronger with the layered synths on the background. Here, give it a try and listen to Bob: Unfortunately, most of the information on
Mercurial tones

Griefjoy is composed of William Ferran (vocals and keyboard), Billy Sueiro (guitar and keyboard), David Spinelli (synthesizer), Romain Chazaut (drums). They released their first electro-rock EP in 2013 and started to build their fan base with "Touch Ground" EP that features the promising song "Kids Turn Around" from SONY. Their sound includes complex feelings that pop up simultaneously during their tacks and you may have hard time decide how you feel while you are listening
Mercurial tones

Kauf is a electronic music producer, songwriter and singer from LA, USA. His sound includes often multi layered synths that are softly backed by his strong echo-laden vocals. This creates very fluid and dreamy tracks that easily capture the listener's attention in the very first moment that click the play button. ‘…As Much Again, the debut EP by L.A. producer Kauf, has been in nearly constant rotation for me…’ – Travis Holcolme, KCRW ‘…Letting go of the pop feel of the origin
Mercurial tones

Empathy Test is a duo that delivers 80s generic dramatic sounds with synth pads and drum machines and immediately gets your attention in the very first second if you are into this genre. London duo is created by childhood friends Isaac Howlett (vocals) and Adam Relf (production). They are currently putting the finishing touches to their début album 'Shadows' and in 2016 will be supporting DE/VISION at their two pre-album release shows in Leipzig and Berlin and Mesh on their E

You know how the life is; suddenly you find yourself in another moment and time and your priorities are completely changed. But after long long time publishing nothing, here we are again. Hope you miss us :) We are still in August and it is still hot out there in the northern hemisphere of the world. We need something to chill. You know how it feels when you find a good chill song that may help during the day. If you need such a song; you can try this one out. Soundcloud http 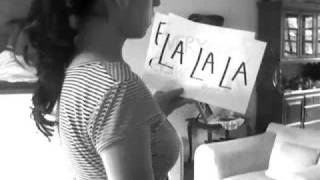 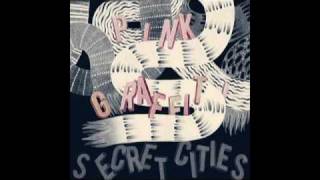 You, guys, may know the interesting band, Secret Cities. Just try to name their sounds, it is fair to tag them into experimental/electronic/indie. Anyway, here it is really catchy song from the Pink Graffiti Album: Pink Graffiti Part 1. Enjoy! #indierock #indie 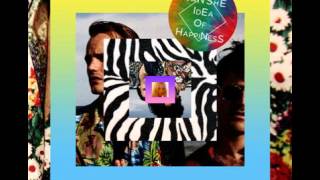 Van She - You're My Rescue

Van She invite you to enjoy their 2nd record, their Idea Of Happiness. So uplifting it’s practically levitational, Idea Of Happiness is Van She’s most focused, joyous musical excursion to date. An album stirred by sunbaked travels and fleeting truths, and shaken with the sands of time, Idea Of Happiness was recorded, engineered and produced by the band themselves in Kings Cross, Sydney. Their self-sufficient approach to the record allowed them the time and space to not only f
12
3
45